AVX Celebrates the Continuing Success of the ChemCam on NASA’s Curiosity Rover, Which is Enabled in Part by 630 AVX Capacitors

AVX’s space-level, SRC9000 TBM Series ultralow-ESR, multianode tantalum capacitors have been powering the ChemCam laser module for nearly 2,100 sols & well more than half a million firings, contributing to many remarkable observations of the red planet 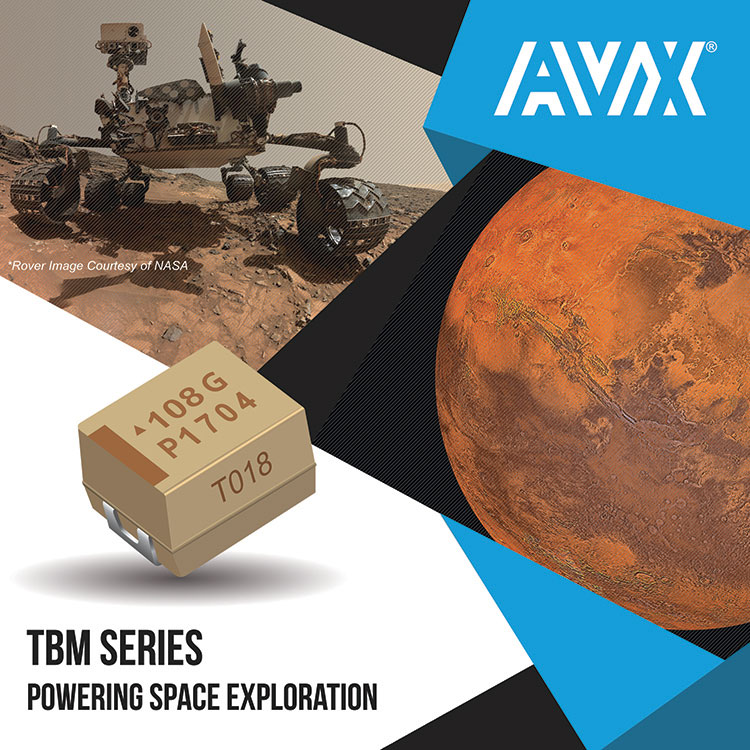 FOUNTAIN INN, S.C. (May 14, 2018) – AVX Corporation, a leading manufacturer and supplier of advanced electronic components and interconnect, sensor, control, and antenna solutions, is celebrating the continuing success of NASA’s Curiosity rover (also known as the Mars Science Laboratory), which has spent roughly 2,100 Martian solar days — or sols, which comprise 24 hours, 39 minutes and 35.244 seconds — investigating the planet’s Gale Crater since it landed on August 6, 2012.

AVX developed and supplied the 630 space-level, SRC9000 TBM Series ultralow-ESR, multianode tantalum capacitors that are responsible for powering Curiosity’s ChemCam laser module, which is a combination of chemistry and camera equipment used to analyze the chemical composition of rocks and soil on Mars and, specifically, to study whether the region has ever experienced environmental conditions favorable for supporting microbial life. The ChemCam laser module has fired well more than half a million times since its first operation on August 20, 2012, when it interrogated a fist-sized rock called Coronation by firing 30 laser pulses — each of which delivered more than one million watts of power for approximately five one-billionths of a second — in a span of just 10 seconds. Since then, the ChemCam laser has often fired between 256 and 327 times a day, and has led to many remarkable observations about both the present and, more importantly, the past of the red planet.

The ChemCam operates by pointing its laser, imager, and telescope at rock and soil targets in the vicinity of the rover from its position atop Curiosity’s mast, which is 6.6’ (2m) above the ground; firing its laser, which vaporizes targets smaller than 0.04” (1mm) up to 32’ (7m) away and produces a flash of light that is observed by its telescope as the material is ionized; and transmitting the telescope’s observation, via optical fiber, to an onboard spectrograph that provides unprecedented detail about the minerals and microcultures in rock and soil samples by measuring the composition of the plasma (an extremely hot gas made of free-floating ions and electrons) resulting from the laser interrogation. The laser is also used to clear dust away from Martian rocks so the ChemCam’s remote camera can acquire extremely detailed images.

In order to operate with the extreme precision required to successfully complete its mission, the ChemCam relies on an array of electronic components that are proven to deliver high-reliability, long-lifetime performance; exhibit rugged environmental resistance in hostile, extraterrestrial conditions, including: strong seasonal variations in temperature, pressure, ultraviolet light, and water vapor; and capable of satisfying stringent space and weight constraints.

“The continued success of the ChemCam demonstrates the long-term reliability of our MnO2-cathode TBM Series multianode tantalum capacitors and further supports the proven reliability of our rigorous SRC9000 space-level qualification and inspection process, which was developed especially for long-term, mission-critical applications and, in addition to the ChemCam, is used extensively on satellite programs,” said Brian Brunette, assistant quality and reliability manager for AVX’s tantalum division. “AVX is the world’s largest manufacturer of the high-reliability tantalum capacitors employed in mission-critical military and aerospace electronics, life-sustaining and implantable FDA Class III medical devices, and space-constrained, harsh-environment, safety-critical automotive electronics, including advanced driver-assistance systems (ADAS).” 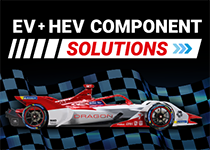