Thermal and Electrical Breakdown Versus Reliability of Ta2O5 under Both – Bipolar Biasing Conditions
Written By: P. Vašina | T. Zedníček | Z. Sita | J. Sikula | J. Pavelka
Abstract:
Our investigation of breakdown is mainly oriented to find a basic parameters describing the phenomena as well as its impact on reliability and quality of the final product that is “GOOD” tantalum capacitor. Basically, breakdown can be produced by a number of successive processes: thermal breakdown because of increasing conductance by Joule heating, avalanche and field emission break, an electromechanical collapse due to the attractive forces between electrodes electrochemical deterioration, dendrite formation and so on. Breakdown causes destruction in the insulator and across the electrodes mainly by melting and evaporation, sometimes followed by ignition. An identification of breakdown nature can be achieved from VA characteristics. Therefore, we have investigated the operating parameters both in the normal mode, Ta is a positive electrode, as well as in the reverse mode with Ta as a negative one. In the reverse mode we have reported that the thermal breakdown is initiated by an increase of the electrical conductance by Joule heating. Consequently followed in a feedback cycle consisting of temperature – conductivity – current – Joule heat – temperature. In normal mode an electrical breakdown can be stimulated by an increase of the electrical conductance in a channel by an electrical pulse and stored charge leads to the sample destruction. Both of these breakdowns have got a stochastic behaviour and could be hardly localized in advance.
DOWNLOAD TECHNICAL PAPER
On December 31, 2013   /   News / Events / Press, Resources, Tantalum / Niobium / Polymer, Technical Articles / Whitepapers 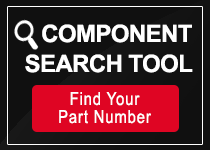